Melissa began dancing at the age of three and went on to train professionally during which time she gained the RAD Student Teaching Certificate in 1992 with distinction and the highest mark in the school, the ISTD Teaching Certificate for Modern Dance, was awarded the Cup for Modern Theatre and took principle roles in the school’s annual shows.  Melissa’s excellent teaching ability was recognised very early on and she was invited to be the assistant to a highly renowned choreographer during her last two years of training.

She enjoyed many years of work as a professional artiste dancing, acting and singing often taking the principle and title roles in a range of shows in the UK and Europe alongside many well-known and popular stars of stage and screen.

Gaining her full RAD Teaching Certificate in 2006 with distinction she went on to establish the Elite Academy of Performing Arts in Surrey and led the school successfully as Principal before moving back to her hometown of Plymouth to launch The Dance Shed.

With over thirty years of experience in coaching amateurs and professionals, children and adults Melissa is delighted to be working in such a rewarding and fun career. 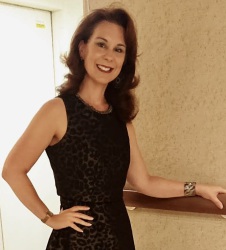 Sonja was trained in Cheltenham by Mrs Janet Marshall, one of the Imperial Society of Teachers of Dancing (I.S.T.D) major examiners, and performed in many professional shows and pantomimes in the local area whilst growing up.

As a teenager she attended the Gloucestershire Academy of Performing Arts, studying Dance, Drama, and Music where Sonja was selected for a special performance at the Royal College of Music, alongside the world-renowned violinist and conductor Yehudi Menuhin.

In 2001 she graduated from Liverpool Institute of Performing Arts, gaining a BA Hons Degree in Dance and Drama and a Professional Diploma in Jazz Dance, before moving down to Devon and obtaining her qualifications as a dance teacher in I.S.T.D Tap Dance, Modern Theatre, Jazz Dance and Imperial Classical Ballet.

Sonja later returned to college in London to study for a Contemporary Music and Singing Diploma at Vocaltech Vocal School, (Part of Tech Music Schools) where she graduated top of her class and was awarded the accolade of Best Live Performer of the Year.

When she isn’t teaching, Sonja fronts an eight piece soul band, ‘Souled Out’ in and around the South West and is one half of the popular Plymouth singing duo, ‘Lipstick & Lashes’. She has performed at the prestigious Dartmouth Regatta on several occasions, and also at the Heart FM Firework Event and in front of a crowd of thousands on the MTV Crashes Stage, both on Plymouth Hoe.